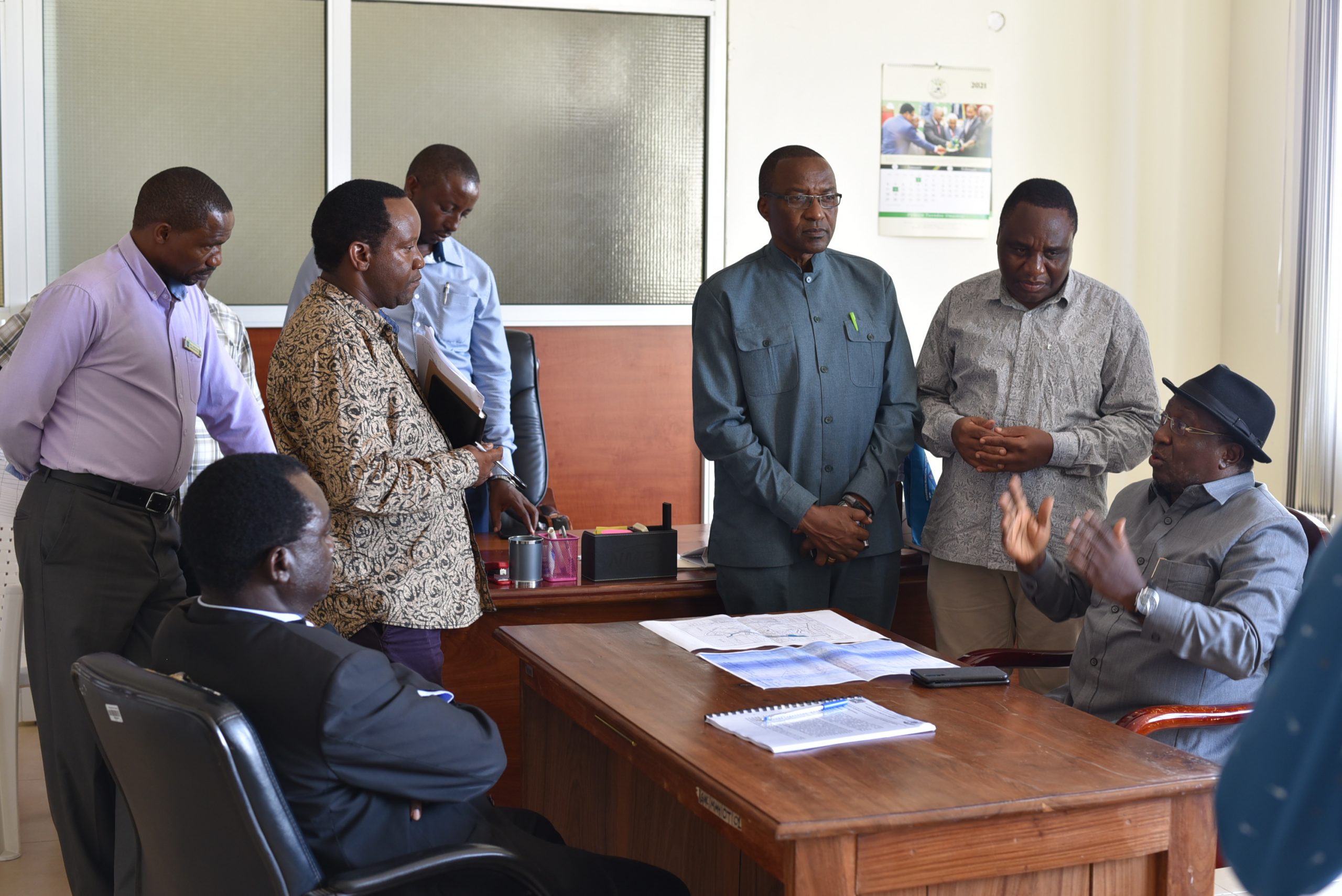 The Chairman of the MUHAS Council, Dr. Harrison Mwakyembe made a visit to the MUHAS Plot located at Mwera in Kigamboni district. The main purpose of this visit was to be familiarized with plans for expansion of University activities by touring areas owned by the University and set aside for expansion purposes.

During this visit, the Chairman of the Council together with the University Management had an opportunity to have a meeting with the Director of Kigamboni Municipality and people from his office and discuss on the reallocation of this area to the citizens without regard to the University title deed on this area.

According to the MUHAS Vice Chancellor, Prof. Andrea Pembe, the University has a routine of inspecting its properties every three months and in one of these inspections, it was found out that this area was surveyed without the President revoking the title deed that MUHAS has or issued a decree to vacate the area.

“This area is in our plans, since the University is growing we had earmarked it for future expansion”, Prof. Pembe further added.  He said that the University has been paying land rent for this area every year to the municipality, so the Government and Treasury Registrar are aware that MUHAS owns the area. Therefore, since these are government properties, it is important that adherence to the laws of the state is enforced to avoid unnecessary disputes.

The Director of the Kigamboni Municipal, Mr. Erasto N. Kiwale confirmed that the University has a title deed for the land which was issued in year 2016. He further said that the decision to reallocate the land was made basing on the information that was availed at that time informing that the area was released to municipal or district activities and MUHAS to was to be given another suitable land elsewhere.

However, he admitted that there were some flaws in what happened and underlined on finding a solution in accordance to government procedures rather than entering into conflict within ourselves as government institutions. “If the issue is land still the municipality has the ability to get an ideal land for the University in collaboration with the University itself”, he added.

Speaking in this meeting, the Chairman of the MUHAS Council, Dr. Harrison Mwakyembe said, “mistakes were made, a great mistake because you cannot issue a permit on a permit, there is only one government, when it has issued a title deed no other authority can issue a title deed againon the same land”.

However, Dr. Mwakyembe said there is a need to find an amicable solution to this problem. He further said that to achieve the goal of building an industrial economy, the country needs to have right people with the right expertise and right education in the health sector. Therefore, MUHAS as a public institution responsible for training health professionals needs to have sustainable plans and set aside areas for future expansion.

The Chairman of the Council further requested the Director of Kigamboni Municipal to write to the University and explain all that has happened which lead to the distribution of MUHAS land of 50 hectares at Mwera to Mwera residents.

The explanation should also indicate that the Municipal has found another area of 50 hectares at Pemba Mnazi and strongly urge MUHAS and its decision-making bodies to accept the area. “It should be a very specific letter which shows the commitment of the Kigamboni leadership in providing an alternative area to MUHAS”, he added.